The UK Soy Manifesto is a collective UK industry commitment to work together to ensure all physical shipments of soy to the UK are deforestation and conversion free (cut-off date of January 2020 at the latest), fully implemented immediately where possible and no later than 2025. This initiative builds on the work of the last 3 years of the UK Sustainable Soy Roundtable, working closely with industry in particular Tesco and supported by WWF.

Efeca is providing secretarial support to the development and implementation of the UK Soy Manifesto.

The Manifesto launches with 27 signatories, representing 60% (approx. 2 million tonnes) of UK soy imports, from big food service sector players, retailers and some of the UK’s biggest pork and poultry producers. The Manifesto is closely aligned with the French Manifesto and other European national soy initiatives.

“The launch of the UK Soy Manifesto is a critical milestone for our industry, bringing together brands, retailers, food service companies and livestock producers operating in the UK, and setting out a clear commitment for all physical shipments of soy to the UK to be deforestation and conversion free by 2025.”

“We must end deforestation and habitat destruction from soy production as a matter of urgency if we’re to have any chance of limiting global warming to 1.5°C and reversing the loss of nature.  Industry now needs to ramp up its action and ambition to combat the devastation of ecosystems. The UK Soy Manifesto presents the chance for a real change and all soy users should commit to it.  We won’t forget those who failed to step up to protect our planet.”

“The UK Government welcomes the leadership role UK companies are taking to drive the transition to deforestation-free soy supply chains through the UK Soy Manifesto. Initiatives like the Manifesto can complement Government efforts to meeting our climate and environment objectives.”

For more information or to become a signatory please contact info@efeca.com.

To learn more about the UK Soy Manifesto, visit www.uksoymanifesto.uk 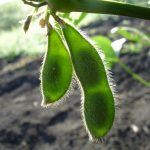 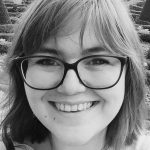