On 11th November 2020, DEFRA published the formal Government Response to the Global Resource Initiative (GRI) Recommendations Report.  The GRI Recommendations Report, published in March, proposed 14 recommendations for how the UK can green its international supply chains and leave a lighter footprint on the global environment, with roles for business, finance, civil society and government.  The independent Taskforce, facilitated by Efeca and chaired by Sir Ian Cheshire, was made up of 20 sustainability thought-leaders from across finance, supply chains, and civil society, and drew on the input of over 200 organisations.

In addition, the Government announced that it will introduce a new law to make it illegal for larger businesses to use forest risk commodities that have not been produced in accordance with relevant local laws, and require that they take steps (undertake due diligence) to show that they have taken proportionate action to ensure this is the case.   This announcement comes in response to a government consultation and to a GRI Recommendation to introduce a “mandatory due diligence obligation”.

The UK will go further than ever before to clamp down on illegal deforestation and protect rainforests, the government has confirmed today, thanks to world-leading new laws being introduced through the landmark Environment Bill (11 November).

The move coincides with the publication of a new report setting out government’s approach to tackling deforestation linked to UK demand for products such as cocoa, rubber, soya, and palm oil. The report responds to the recommendations from the independent Global Resource Initiative Taskforce, which consulted over 200 leading businesses and organisations.

Combined, the package of measures will ensure that greater resilience, traceability and sustainability are built into the UK’s supply chains by working in partnership with other countries and supporting farmers to transition to more sustainable food and land use systems.

One of the leading new measures is the introduction of a new law in the Environment Bill which will require greater due diligence from businesses, and make it illegal for UK businesses to use key commodities if they have not been produced in line with local laws protecting forests and other natural ecosystems. There were more than 60,000 responses to the government’s consultation, with 99% in favour of legislating on this critical issue.

80% of deforestation is linked to the expansion of agriculture, with land being cleared to make way for grazing animals and to grow crops. The UK imports over half of the food it consumes, and while in global terms the UK is a relatively small consumer of forest risk commodities such as cocoa, rubber, soya, and palm oil, we are leaving an ever-larger footprint on the world’s forests. 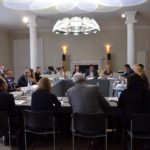 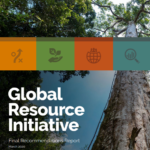 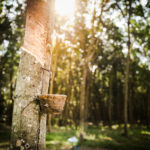